Tonight
Increasing clouds, with a low around 53. South southeast wind 7 to 10 mph.
Friday
A chance of sprinkles after 4pm. Increasing clouds, with a high near 71. South wind 8 to 17 mph becoming north in the afternoon. Winds could gust as high as 28 mph.
Friday Night
A chance of sprinkles before 7pm. Mostly cloudy, then gradually becoming clear, with a low around 43. North northwest wind 6 to 11 mph becoming light and variable after midnight.
Weather forecast provided by weather.gov.
Search
Main Navigation

Treynor youth are $200,000 richer and it came five cents at a time, with local people donating four million nickel cans and bottles.

Little amounts do add up, with time and work.  In Iowa, they have a very popular beverage can and bottle redemption law called the “Bottle Bill”.  This law was enacted back in the late 1970’s as a litter control measure and early effort to encourage recycling.  Buyers of carbonated or alcoholic beverages pay an extra five-cents per container at the retail store when they buy the can or bottle.  Then they can take back that empty can/bottle to any retail store and get their five-cents back.  This five cents is their “deposit”, and is handled in the large scale by the beverage distributors statewide.

Of course, no one messes with one can, they collect them until they have bags with hundreds of cans and take them back all at once for their refund.  In most small towns in Iowa, a group will ask local citizens to donate these bags of cans, and the group will cash them in and use the money for operations of Boy Scouts, or other youth groups.  Some communities have special projects such as fireworks displays they need funded.

In the town of Treynor (population 1,000) parents were collecting nickel-deposit cans and bottles to send band students on a trip to the Fiesta Bowl Parade in 1998.  But after the trip, the collection effort stopped.

Seeing the opportunity the Treynor Optimist Club decided that the generous people of Treynor may donate their beverage containers year-around, IF the money went to a variety of youth groups and projects.  In 1999, they set up their Optimist Can Kennel, which was just a 4’ by 8’ dog kennel that people could throw their cans and bottles into.  Being Optimists, they estimated that they could raise $200 per month.   Each month, a different group got the money.   The Optimists would help each youth group sort the donations into aluminum, plastic, or glass to go to a recycling redemption center, which is a business that handles this time of materials.  They sorted every two weeks.

For years, this went on.  Sorting would usually take about one hour, so for two hours of work, the youth groups would eventually receive a few hundred dollars.  As a group activity, the youth were helping themselves, there was no door-to-door selling involved,  and the Optimist did all the accounting and financial management for free.  The Treynor Community embraced the idea.  More cans were donated and the monthly income grew.  The Kennel was enlarged to 8’ by 8’ by 6’ tall.  The monthly average income for the Can Kennel went up to $700 by 2020.  That is when the Covid Pandemic hit the United States.

Covid shut down the redemption business.  Although Iowa buyers still had to pay 5-cents per can, retailers and redemption centers were temporarily exempt from having to take them back, because of fear of Covid.  The stacks of sacks of cans and bottles grew in people’s garages.  No doubt, many people just threw these containers away because they had no place to take them to get their money back.

The Treynor Optimists had to make a choice, because they had no redemption center to take these cans either.  But being in rural Iowa, they did have one thing in their favor.  They had willing rural residents with barns and sheds out in the country.  If the bagged beverage containers, and boxed glass bottles could be stored until the redemption businesses reopened, then even bigger money could be made.  Youth groups had to come up with a place to store big bags of aluminum cans, plastic bottles, and boxes of glass bottles.  The Optimists would provide the transportation.

During Covid, the consumption of beverages, and particularly beer and wine, soared.  The Can Kennel  was (and continues to be) filled every two weeks.  After the redemption centers reopened in spring 2021, the backlog was tremendous.  It took months before all the groups in Treynor could get their stored cans redeemed.  But by August, the last of the 2020 bags were delivered and the system caught up.  But now, people have seen how easy it is to just donate their redeemable containers.  They also see that their deposit money goes to help local youth.

After 22 years, sorting every two weeks, the Treynor Optimist Can Kennel has raised over $200,000 dollars and donated this back to the Treynor community youth programs.  For a detailed breakdown of who got the funds and how much, see  the website:  treynoroptimist.org

How long will this last?  That depends on the future of the Bottle Bill in Iowa.  Big grocery corporations are lobbying strongly to change the law.  Some are currently collecting the deposit but refusing to give the deposit back when a consumer returns the can. 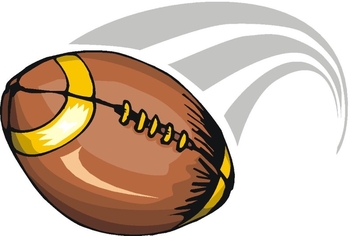 On Friday, September 10th, Cardinal Core hosted the 5th annual Cardinal Combine for youth in grades K-5 at the Treynor football complex. 58 kids participated in five different events. The events were punting, passing, kicking, 40 yard dash, and broad jump. The division champions for each grade were:

Congratulations to the winners and thank you to all who competed and/or helped. More details about this event as well as record-holders can be found in this flyer. 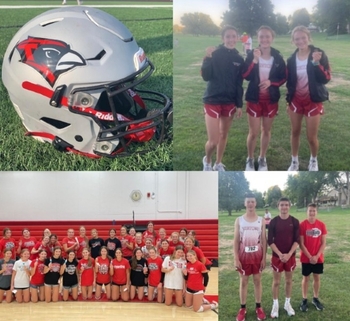 Treynor High School fall sports are well underway for the season with great participation in football, volleyball and cross country.  Check the Activities Calendar to make plans to come watch our talented athletes while the season is still in session.

KMA of Shenandoah, Daily Nonpareil of Council Bluffs and other news outlets have done a great job of covering our spring sports. Linked below are their articles to catch you up on the latest sports news.

Rosters and Stat Information can be found below in the Varsity Bound Links:

Stat Leaders by class are linked below, also from Varsity Bound: 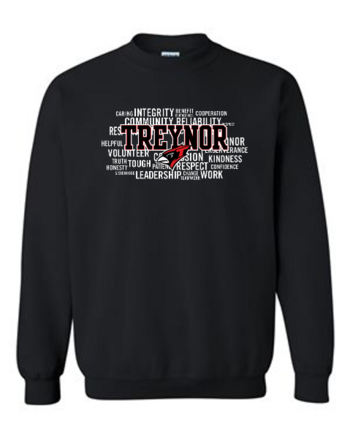 The Class of 2023 post-prom activity fundraiser is available. Go to the apparel website and order by the end of day, Sunday, September 26, 2021.

Thank you for your support!

We have exciting news about a brand new app from jmc! The jmc Family app is designed to help families and schools collaborate and communicate by offering a 360º view of your student's academic and extracurricular world. The jmc Family app will allow you to

So don't wait. Download this app today from either Apple's App Store or the Google Play Store. Ensure you are downloading the JMC Family App. Log in with your JMC Parent username (which is your last name) and password. The school PIN code is 0103.

After downloading, explore the app to become more familiar. See this one-page article for the layout and explanation of the jmc Family app.  To read more about each of the features, refer to the JMC Family App Help page.  But, don’t gloss over the coolest feature, Attendance!  With this feature, you can stay in the know about your child’s attendance and even let the school know your child is absent. Check out this article for the details.

TeamMates Mentoring will be starting in March for any 4th or 7th grade student. If you are interested in serving as a mentor, please contact Mrs. Danie Floerchinger or Mrs. Carrie Currin. What is TeamMates? The mission of TeamMates is to positively impact the world by inspiring youth to reach their full potential through mentoring.  Tom and Nancy Osborne founded the TeamMates Mentoring Program in 1991 in an effort to provide support and encouragement to school aged youth. The goal of the program is to see youth graduate from high school and . . .

Get the latest Treynor apparel!! The Class of 2023 Fundraiser has an apparel website for ordering.  Deadline to order is by the end of the day, Sunday, September 26, 2021. Treynor High School Speech students are hosting a "Speech Club" for middle school students beginning Monday, September 20th from 3:35 to 4:15 in Mrs. Schnepel's classroom (new wing, room 125). Students will receive a schedule of meetings and a permission form at the first meeting. Email Mrs. Schnepel at eschnepel@treynorcardinals.org with questions.  Treynor CSD Job Openings Immediate opening for MS/HS Food Service/Kitchen Part-Time Custodian for High School Building. If interested, please contact Dr. Mark Hopkins by phone 712-487-3414 or Email . Refer to the Job Openings page for other postings and applications. Continue to contact the school nurses if a student tests positive for COVID-19.  Cory Young (Middle . . .